Finally, I figured it out!  For as far back as I can remember, I’ve had issues with pasting tab-delimited lines into .rtfd files I use for project notes. I like .rtfd format because it allows you to intersperse images & text. The problem is that even short lines with a couple tabs get wrapped way before the end of the window. Other files of mine don’t have this issue and I could not figure out the pattern. Well, today I was annoyed enough to figure it out. I don’t have a fix, but since I figured out the behavior such that the issue can be reproduced, hopefully that will be enough for Apple to issue a fix, given Today’s Apple Feedback:

I use .rtfd format in TextEdit.app so that I have images with my notes. I have the prefs set to wrap to window and I’ve had a problem w/ lines w/ tabs wrapping before the end of the window for a long time. It annoyed me enough today to figure it out. After you drag an image into the file (creating a .rtfd file), every line of a certain length (containing tabs) gets wrapped such that the apparent 1st character on the next line is the wrapped tab. This screen-cap is of some lines of text w/ a couple tabs that was originally a .rtf file. I dragged an image in and then pasted the same text below it. Look at how the soft-wrap is different above an below the image: 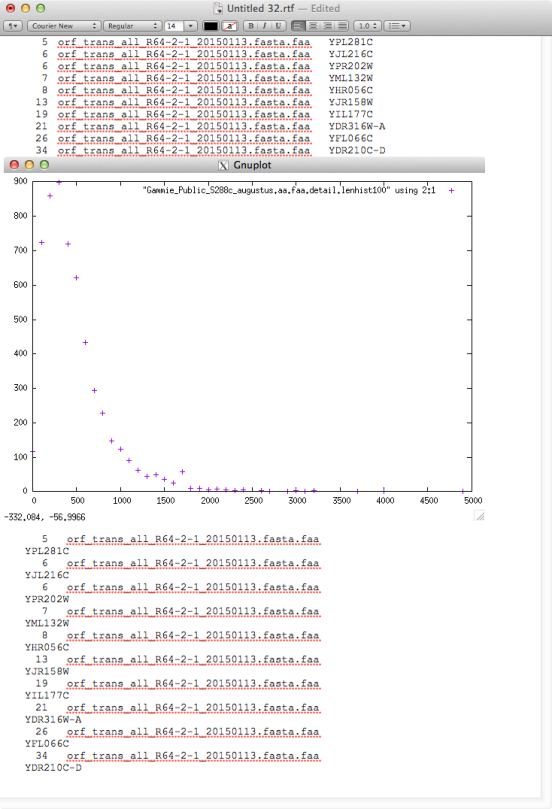 Apparently, after you’ve added an image to a rtfd file in TextEdit.app, every tab-delimited line that’s pasted in (anywhere in the file) gets prematurely soft-wrapped. Tabbed lines pasted in before the image was inserted remain correctly wrapped.

So if you’ve had this same problem, here’s a way to work around it. Just create a new .rtf file and paste all your text (with formatting) into it.  Then, insert all your images. It’s kind of a lame work-around, so if this issue is important to you, you might be better off using another text editor. For me however, I really like all the subtle features of TextEdit.app and will endure minor eccentricities such as this one.